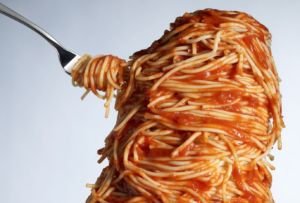 This is a very topical question so thanks for asking.

While most nutritionists and athletes would agree that best performances come from having the glycogen stores of the muscles and liver, fully loaded, using a specific approach to achieve this is no longer focus.

The traditional method would have been to remove carbohydrates from the diet for a number of days while continuing to train hard thus completely exhausting carb stores. Then the athlete would introduce the carbs back into the diet and the muscle and liver glycogen levels would be restored. The potential for misjudging this by 1-2 days (with the possibility for turning up to the race under fuelled) was high and so the practice became less popular.

With athletes in our programme, we encourage them to reduce training load in the days before an event. This in itself, uses less fuel. In the final 48 hours before an event they also tend to eat more simple carbohydrates and less vegetables. This has two benefits. Reducing the veggies (and the associated fibre) helps to reduce the potential of race day stomach issues and the additional carbohydrate consumption tops up muscle and liver glycogen.

This whole situation becomes much more complex if you build in the idea of fat adaptation or for athletes following a low carb/high fat or even a ketogenic diet. Dr Phil Maffetone has written extensively about fat adaptation and reducing carbohydrates in the diet and in fact he wrote a great article about carb loading and who should avoid it. You can find the article HERE

It seems to me that the best approach is to train the body to be fat adapted so that on race day you can consume less carbs than generally recommended (40-50g/hour vs. 60-90g/hour). There is ab great article written by Dr Dan Plews which makes some comment on this when looking at Ketogenic diets for Ironman athletes. How many carbs you consume per hour can also be related to how fast you are travelling. You can read that article HERE